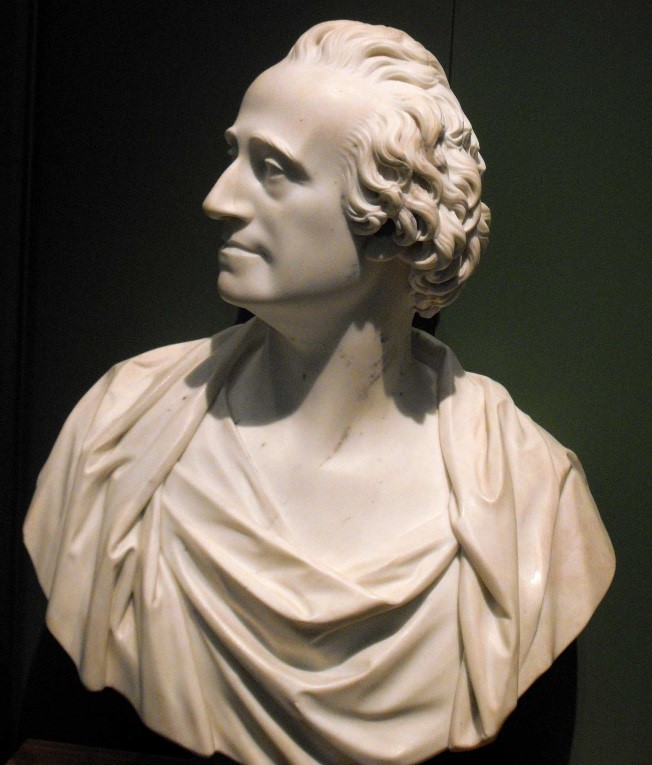 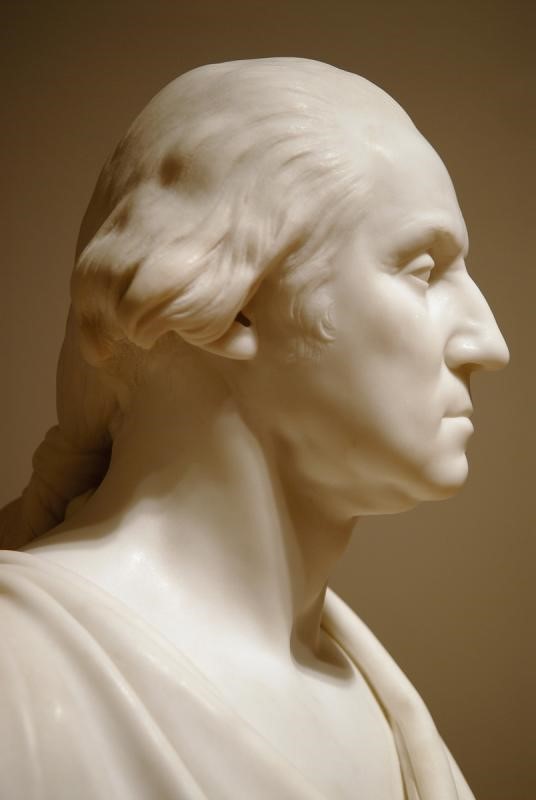 If the two men pictured above look remarkably similar, you would probably be right. One is carved out of marble, and the other is carved out of marble. Seriously, though, who are these neo-classical heroes immortalized by the sculptor’s hand? Remarkably, these larger-than-life figures turned the world upside down twice in the very same year, which explains both their striking resemblance and the reason the world is right-side up today.

In case you haven’t yet guessed, the guy on the right is none other than a youthful Adam Smith. Okay, so you probably didn't guess. In fact, economists may be the only people who recognize Adam. Still, he is certainly handsome enough to warrant a second look. The earth-shaking news that Mr. Smith generously handed down to the literate folk of his day was this:

The Free Market is not actually free.

Economies such as the United States, in which businesses and people conduct their daily lives without too much interference from the government, are still subject to the strong influence of an “invisible hand” that Smith recognized when he published The Wealth of Nations back in 1776.

Ironically, the free-market United States didn’t even exist until 1776, which was when thirteen fledgling colonies officially recognized the invisible, but meddling, hand of Mother England and declared their independence from its bureaucratic ways. The leader of this revolutionary break from tradition was none other than—you guessed it—The Guy On The Left, otherwise known as George Washington. As the Father of Our Country, George did the best he could to keep the pay his troops, but when the coffers of the Continental Congress ran dry, the European-born General did what any well-bred Englishman would do—he interfered with the economy. Right at the start of this brand-new country, the freedom fighters were already knee-deep in debt and worthless paper money. Does this situation sound familiar?

But wait! What if our nation’s early leaders had chosen not to impose themselves upon the money supply? Would they have won the war against British rule? Would we still all be living on the East Coast and drinking tea? To answer these burning questions without charring our tea bags, we must turn to Adam Smith yet again.

In The Wealth of Nations, Smith strongly disapproved of the paper bills then in use by the colonies, calling them a “violent injustice” to creditors. He blamed rampant inflation for the volatile economy, just as economics pioneer Richard Cantillon (The Father of Modern Economics) did nearly 40 years earlier. Smith instead proposed that buyers and sellers, free of government interference, would naturally stabilize at an equilibrium price, where a system of checks and balances would prevent harmful fluctuations.

The only problem with this tidy theory is that people actually trusted early government-issue currency. People understood that the lavish printing of Continental Dollars was simply a way for the government to pay for the war in a period of low revenue. Benjamin Franklin himself called inflation a “war-tax.” This, then, is where Richard comes in:

This isn’t his actual photo, of course—cameras didn’t exist in 1755—and we aren’t talking about Richard Cantillon, even though several reputable sources will try to tell you otherwise. Instead, this is actually the image of Richard Brinsley Sheridan, an Irish playwright, poet, and politician who was born about seventeen years after Cantillon died.

It turns out that Sheridan doesn’t get enough credit for more than just his portrait. He was a staunch supporter of the American Revolution, serving in Parliament as the ally of Charles James Fox (who upset King George by dressing like one of George Washington’s soldiers). History books neglect to tell us that when Richard Sheridan failed to earn reelection to England’s governing body in 1812, the American Congress offered him an astounding £20,000 ($1,516,878.77 in today’s dollars) as compensation for his efforts to prevent the American War of Independence. Clearly, our government wasn’t hurting for money. So if the government didn’t creating the financial crisis of the Revolutionary War, who did?

The real culprits behind the influx of sixteenth-century currency were the same people who daily lived, worked, and traded on North America’s shores. In one of history’s most flagrant counterfeiting schemes ever, the English happily harbored thousands of enterprising engravers, printers, and crooks, whose look-alike “product” found a ready market in sailors and traders eager to make a fast buck.

The shocking number of people willing to cheat the system for personal gain should have come as no surprise, if colonial leaders had bothered reading Richard Cantillon’s French-language treatise An Essay on Economic Theory. Despite the fact that he remains faceless, this remarkable man had already been a long-time champion of economic entrepreneurship theory. Simply stated, market supply is not as stable as we think. Just like the people who found they could print money for less than they could sell it, Cantillon explained that creative individuals will recognize opportunities for personal profit and exploit them whenever possible, sometimes creating massive surges in supply.

While this cutthroat outlook on the economy may seem scary, it’s actually what allows us to answer the very questions that have been steeping in the backs of our minds this entire time. We have already seen that if the American government of 1776 had stayed out of the economy, resourceful citizens exploiting the money supply would still have caused a massive financial devaluation. However, the events of 1776 have also showed us that the colonists, politicians, and business people were motivated by more than just money.

Despite today’s structured economy, where it can be difficult to imagine life without the oversight of the Federal Reserve and the U.S. Treasury, Richard Sheridan and Richard Cantillon have shown us that people fight hard for themselves and for freedom. If the government stopped regulating currency, would there be monetary abuse? Sure. Would the nation collapse? No. From what we’ve seen of America’s unsteady past, free markets may not be adept at managing the money supply, but they do an excellent job of handling our most valuable asset: freedom-loving people.

Would you like to find out more? I would recommend you check out "God, Gold, and Government" at this link.

I Wanted to Be A Train Engineer--and Here's Why

Do Aliens Exist? or, Thoughts on Our Existence